"I Saw Her Standing There" is Released to Streaming Platforms and Radio Across the Globe: March 25, 2022

"I'm So Tired" Selected as the October Finalist for Video of the Year - Paris International Short Festival: October 28, 2021

Thanks to some great work by High Violet PR & Plugging, my single "Sorry Isn't Good Enough" has been playlisted by the BBC! This is huge stuff and I am definitely excited about it!

"Sorry Isn't Good Enough," has been getting regular airplay on the UFV radio station CIVL 101.7FM and has charted at #9 for the week of June 8, 2021. College and University radio is often where it all starts, so I am liking this!

This was my first ever podcast. In it, I talk about my latest single," I'm So Tired," and the inspiration behind it as well as a bit about my upcoming single, "Sorry Isn't Good Enough." I also went off on a bit of a tangent about how genre specific the music industry has become in recent years. Not sure how I went in that direction, but sometimes that is just the way a conversation can flow.  Check it out and have a listen!

I have just partnered with High Violet PR and Plugging who will be running an eight week radio and promotional campaign for "I'm So Tired," starting today, March 23, 2021.

This is awesome being featured on such a well produced and heavily listened to show in the UK such as the Music Truffler radio show. Being played alongside artists like Jackson Browne, and one of my personal favourites, Elvis Costello, is beyond cool!! I am super excited about this!

VANCOUVER, BC, November 27, 2020 /24-7PressRelease/ -- Rock N' Roll—who uses this term anymore? Rich Chambers does! Becoming tired of the generic, cutting cutter auto-tuned Christmas music that has been released over the last while, Chambers decided to dive back into the rock n' roll music pantheon to produce his album 'Santa's Rockin' Band,' which was released worldwide on Oct 30, 2020. With a definitive modern sensibility given to a 60s garage band sound, 'Santa's Rockin' Band' is guitar driven, a little rough around the edges, and sometimes a little out of tune, yet always singalongable—it's Rock N' Roll!

'Santa's Rockin' Band' contains 11 Christmas tracks, including Chambers' highly successful cover, "Snow Miser vs. Heat Miser," from the Rankin and Bass Productions 1974 Christmas TV special 'The Year Without a Santa Claus.' Released in December 2019, the popular cover has already garnered 260,000 streams on Spotify alone. It's an upbeat, entertaining rock n' roll song, with an almost Broadway show feel to it, that features the Snow Miser and Heat Miser brothers in their ongoing battle to control the Christmas weather forecast.

The other standout on the album is one of Chambers four originals, the infectious, hook-filled "It's Christmas Time (All Over the World)." It's a fun, up-tempo song that celebrates the beauty of the Christmas season. Filled with pop culture images that appeal to both adults and kids alike, It's Christmas Time (All Over the World) strives to remind us of the power that comes from the innocence of children as they embrace the magic of Christmas.

Born and raised in Vancouver, Canada, Chambers picked up the guitar at age 10 and wrote his first song at the age of 14. With multiple influences that range from Buddy Holly, the Beatles, Johnny Cash, Dean Martin, to Green Day, and countless others, Chambers has released five full albums, played countless performances, and achieved significant success worldwide with his music. With the fun and colorful 'Santa's Rockin' Band,' Chambers is pushing his career to the next level with a true rock n' roll Christmas album that not only appeals to both kids and adults, but breathes a welcome breath of fresh air into the Christmas music canon.

After having worked off and on on various Christmas songs every December for the last few years, I made a conscious decision last summer to finish off all those songs and put out a full Christmas album. But, I also wanted to raise the production level and put out the best recorded music I have ever done. I worked for months trying all kinds of different production techniques. I researched and read every blog I could as I tackled sonic problem after sonic problem. I tried different plugins, different approaches, and different sounds. In the end, I found an odd merging of old and new production techniques and equipment worked best for me.

It's Christmas Time is the lead single for the album.  I am very proud of the song and the production level I achieved. I still have much to learn as a producer, but it sure is fun walking this path of discovery. The rest of the album, which will be called "Santa's Rockin' Band," will follow the lead single next Christmas. I hope everyone enjoys the song and I wish you all a very Merry Christmas!

Okay, so this is pretty cool! I have been promoting my Snow Miser vs. Heat Miser song pretty heavily to European radio. For the week of Oct. 31 to Nov. 06, I entered high into the European Indie chart! Needles, to say, I am liking this! https://www.independentmusicchart.com/ 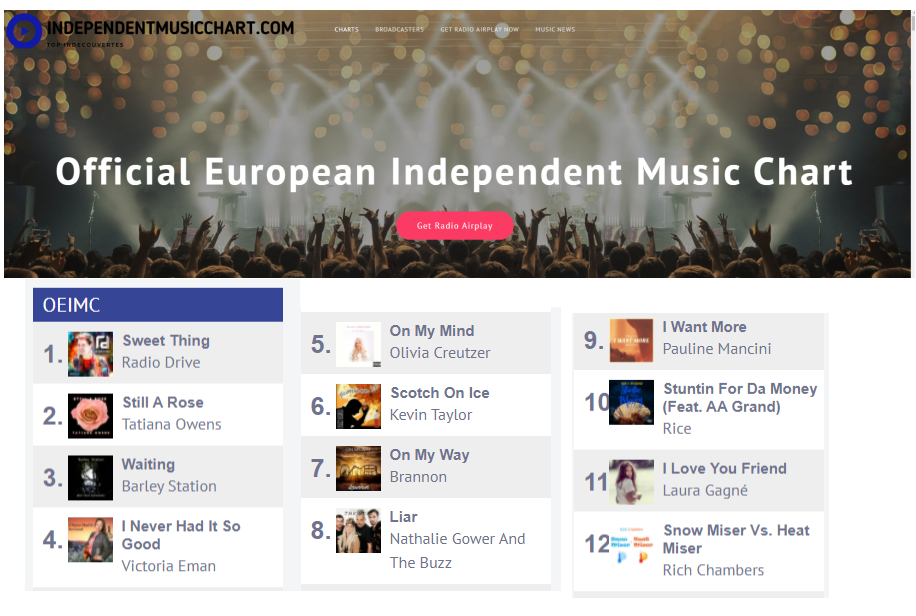 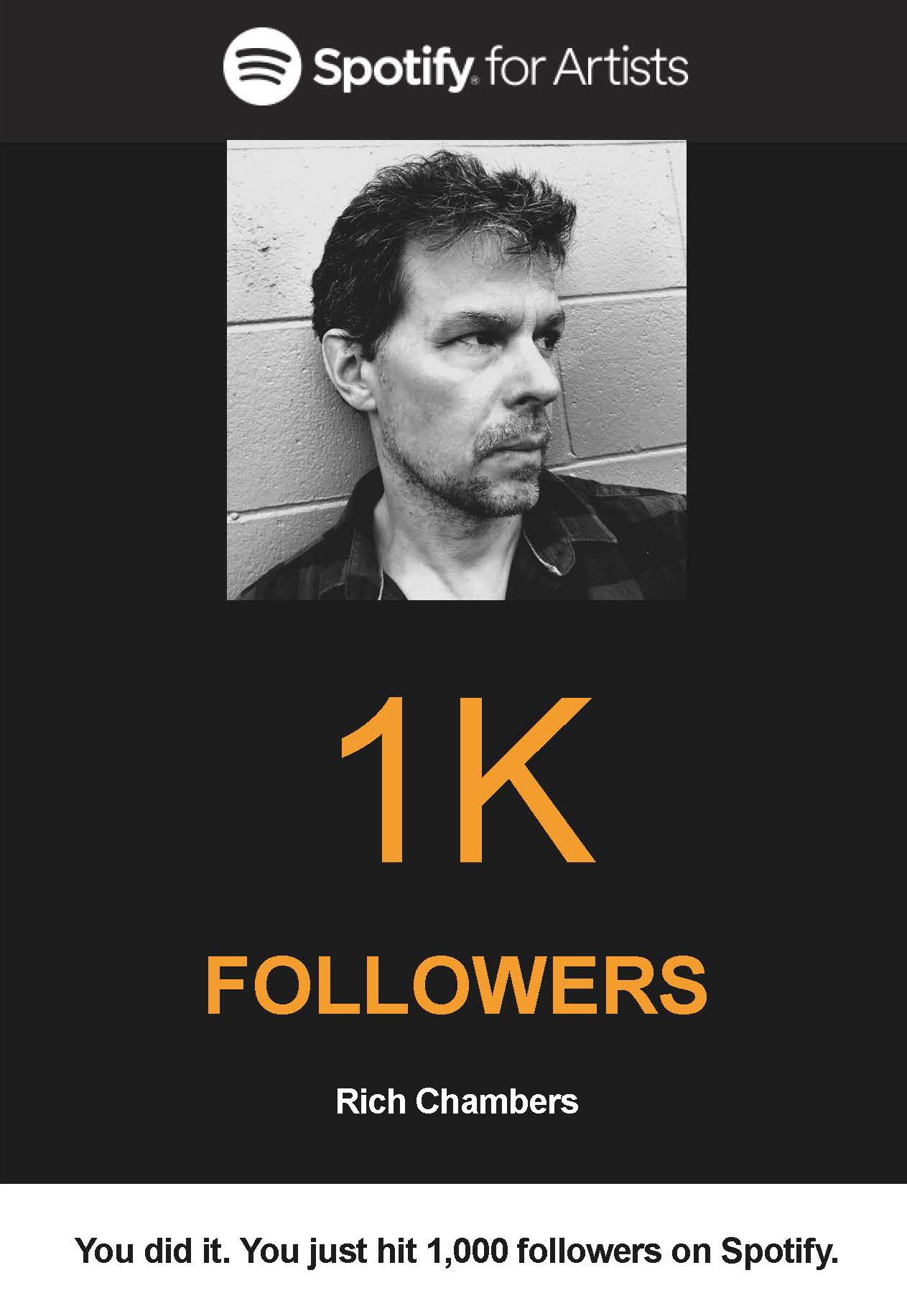 I am very excited to be announcing that my new Christmas album, Santa's Rockin' Band, will be released on October 30, 2020. This project has its origins over 20 years ago when I recorded my first Christmas CD, also called Santa's Rockin' Band. Over time, most of the 10 tracks from that album faded into obscurity, but one track, the Snow Miser vs. the Heat Miser, somehow not only stayed the test of time, but has been continually growing in popularity ever since I first offered it up on itunes 12 years ago. So, on the strength of that track, I have recorded four Christmas originals and six Christmas standards to make up the 2020 Santa's Rockin' Band release. I am super excited about this album and looking forward to blasting it out on all platforms and to international radio on October 30th.